BLACK V NECK // DIPZY At Crawdads On The River

After making music together for years, Miami natives Ian and Julian decided to form Black V Neck in 2017. The name satirizes the notion that artists have to “fit in” to certain sub genres and gimmicks which is shown through their novel, inventive, and uncompromising take on house music.

Shiba San discovered the duo and signed their first big release on his label Basement Leak. Their track Let Me Smash gained traction on the Beatport charts and subsequently kick started their musical career.

Black V Neck tracks have made their way into festival performances, club sets, and radio shows worldwide. Their music has continuous support from artists such as Claude VonStroke, Chris Lake, Green Velvet, Lee Foss, Shiba San, Diplo, AC Slater, and Jax Jones. 2020 has not slowed the boys down; They signed their first Defected release, remixing the summer hit Deep End, which has become their first track to break through Beatport’s Top 10. 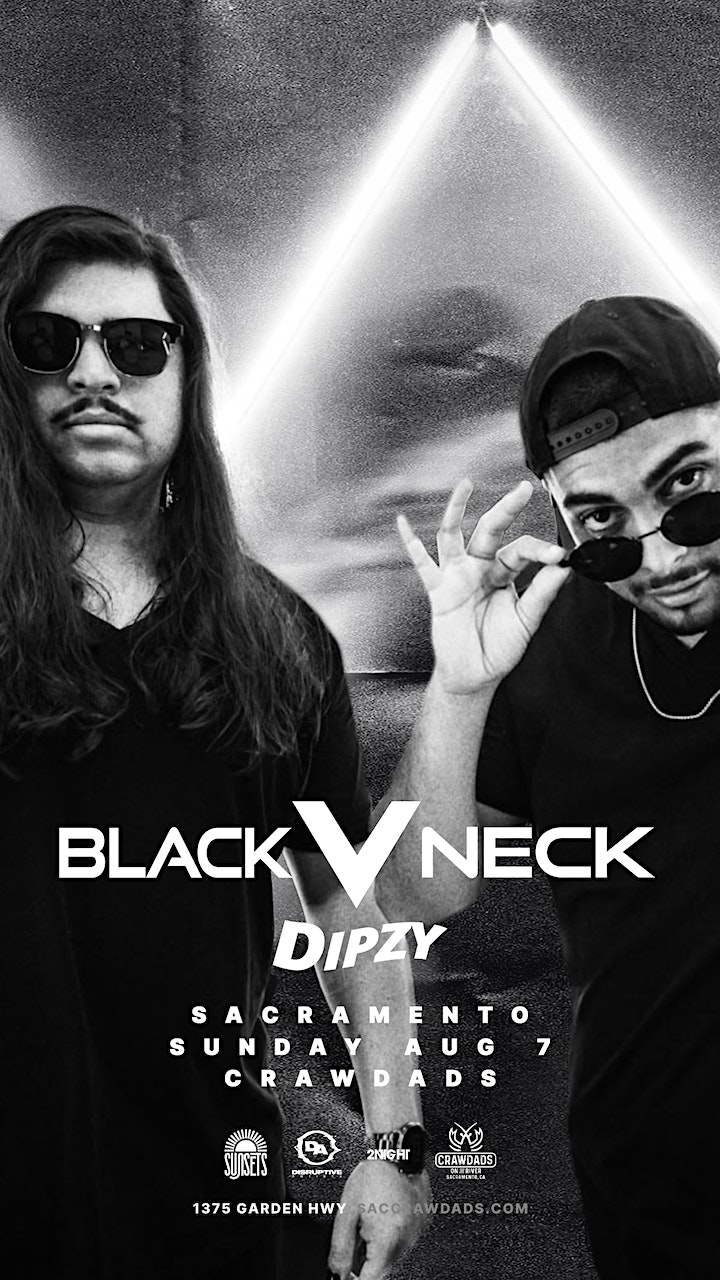